Fiery Creek (and its catchment)

What are the characteristics of the Fiery Creek?

The Fiery Creek originates in the hills east of Ararat. These hills are largely granitic and produce a granitic sand when eroded. The creek works its way south across low-gradient farm land until it hits the barrier of a lava flow (around Nerrin Nerrin). It then flows westward along the edge of the lava flow until it reaches the Lake Bolac basin.
Before the substantial modification of the system by Europeans in the last 100-150 years, it seems that the Fiery Creek formed a channel where the gradient was steep (i.e. upstream of Raglan), and spread out widely where the gradient was shallow, into adjacent wetlands and swampy areas.
There are many associated wetlands along its reaches. Removal of landscape and riparian vegetation (shrubs such as Banksia, Casuarina, Bursaria and Red Gums), deliberate drainage of swampy land and some massive erosion events (e.g. 1940s floods) created more channelization of the creek, so that in places the banks are high and steep, and water now stays largely within the channel except during times of very high water (over-bank flows).

The source of the Fiery Creek 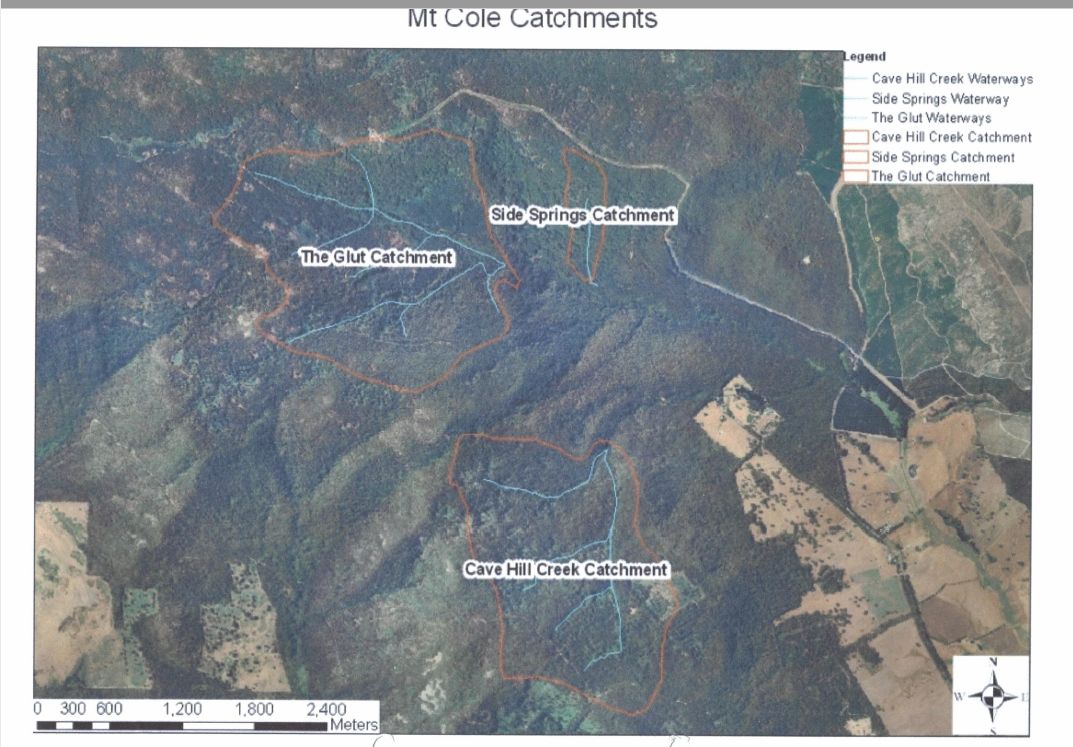 The open country of the Western District plains

There is a stark contrast between the closed-in forested hills of Mt Cole and the open skys of the plains to the south. The Fiery Creek meanders southwards through several geological zones; ancient sedementiary soils, older basalts and less weathered basalt from more recent lava flows. This is a land of contrasts: green grass, frogs and water during wet winters; to golden paddocks and some of the fastest recorded grass fires in the world in the height of summer. 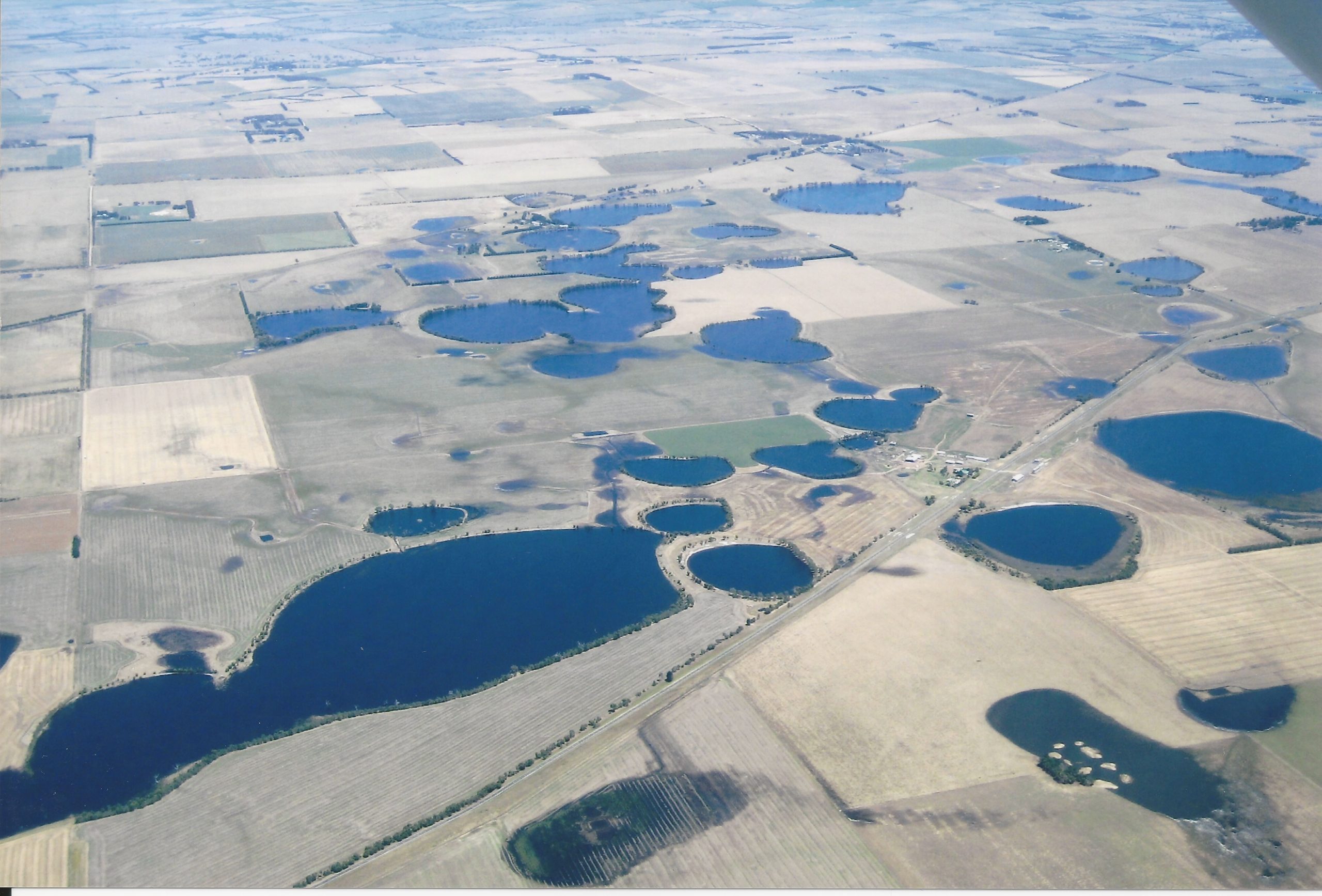 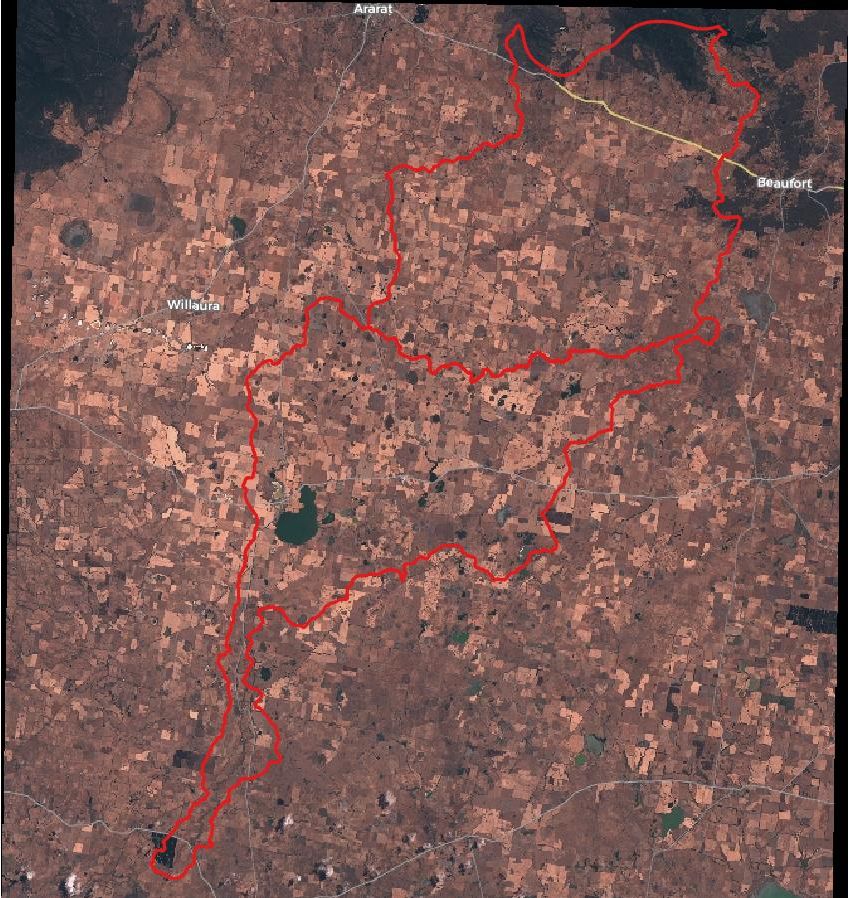 Source of the old map: Adam and Charles Black (1854) Edinburgh. 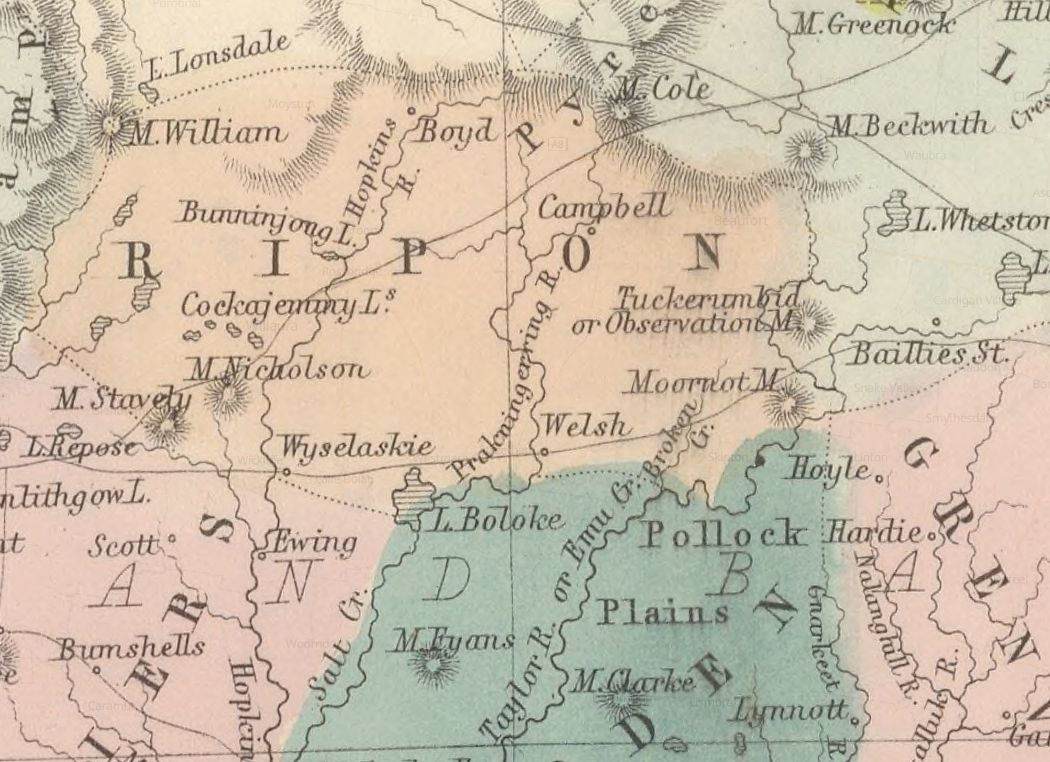 Get to know the Fiery Creek

This video introduces the connection between the Fiery Creek, the land it travels through, and people who live along its length. 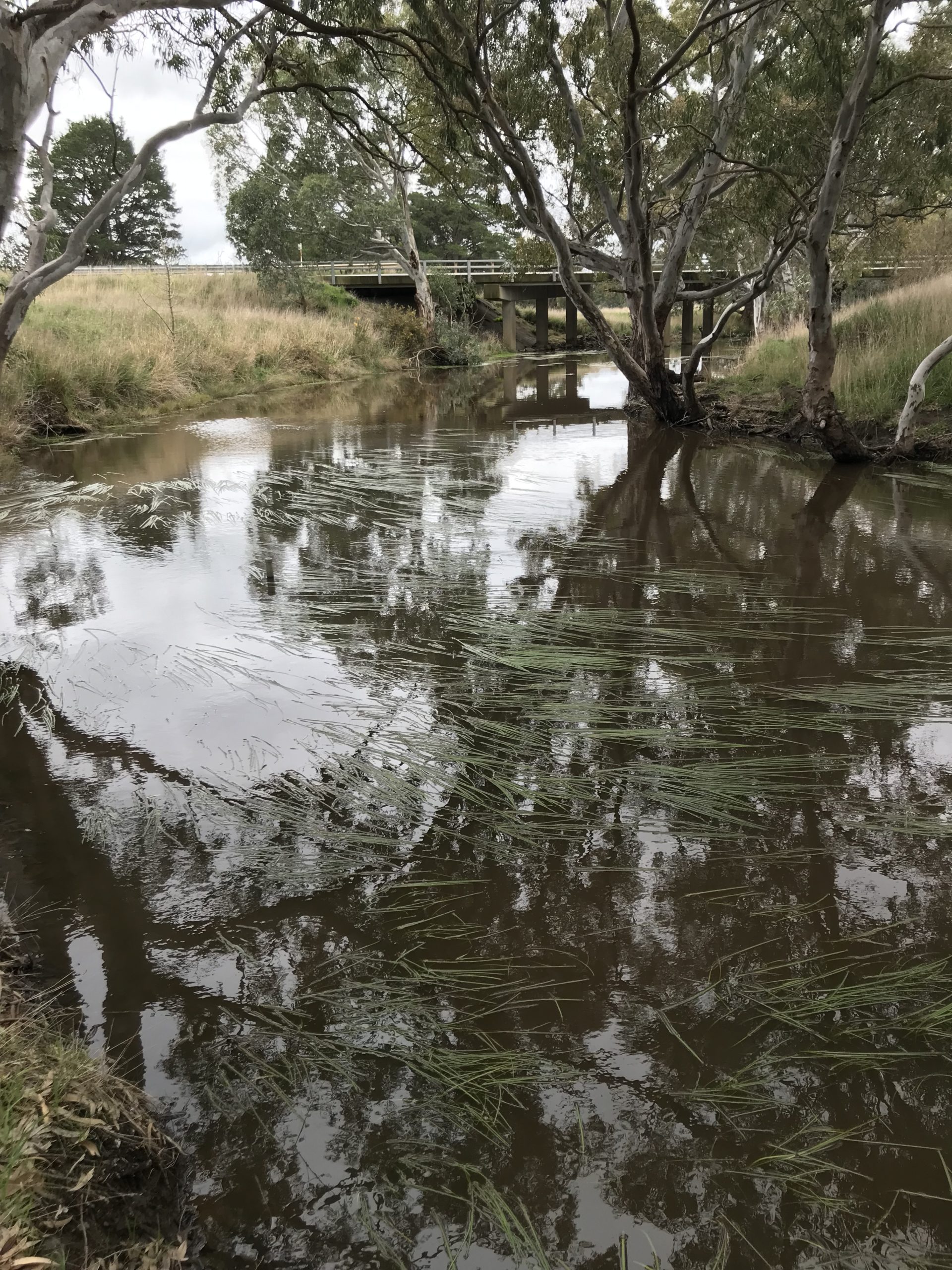 A group set out to walk the length of the Fiery Creek during the autumn of 2007. They started at the headwaters and over a week made their way downstream until they arrived at Lake Bolac. The purpose was to gain a first-hand experience of the whole extent of the creek. An account from one of the participants can can be found at this link https://tinyurl.com/y6vuatlu . The walk was organised in association with the Lake Bolac Eel Festival, and the co-operation of the Fiery Creek landholders.