There have been a number of investigations into the status of Lake Bolac over the years. EPA Victoria reported on their monitoring of eel deaths during the drying event of 2006-2007.

The H11 and H12 catchments have a combined area of approximately 174000 ha. The effective runoff area is reduced because of internally draining wetlands and the lower section of H11 where runoff flows into Salt Creek. If the wetlands in general have their own small catchments, then the H11 H12 area that feeds Lake Bolac would be approximately 100 000 ha. The runoff from that area needed to fill the lake is 28 mm. The actual required would be closer to 35 mm due to other upstream wetlands that also fill from the Fiery Creek.  The Climate and Runoff page on this website has further information about runoff from the H11-H12 catchments. 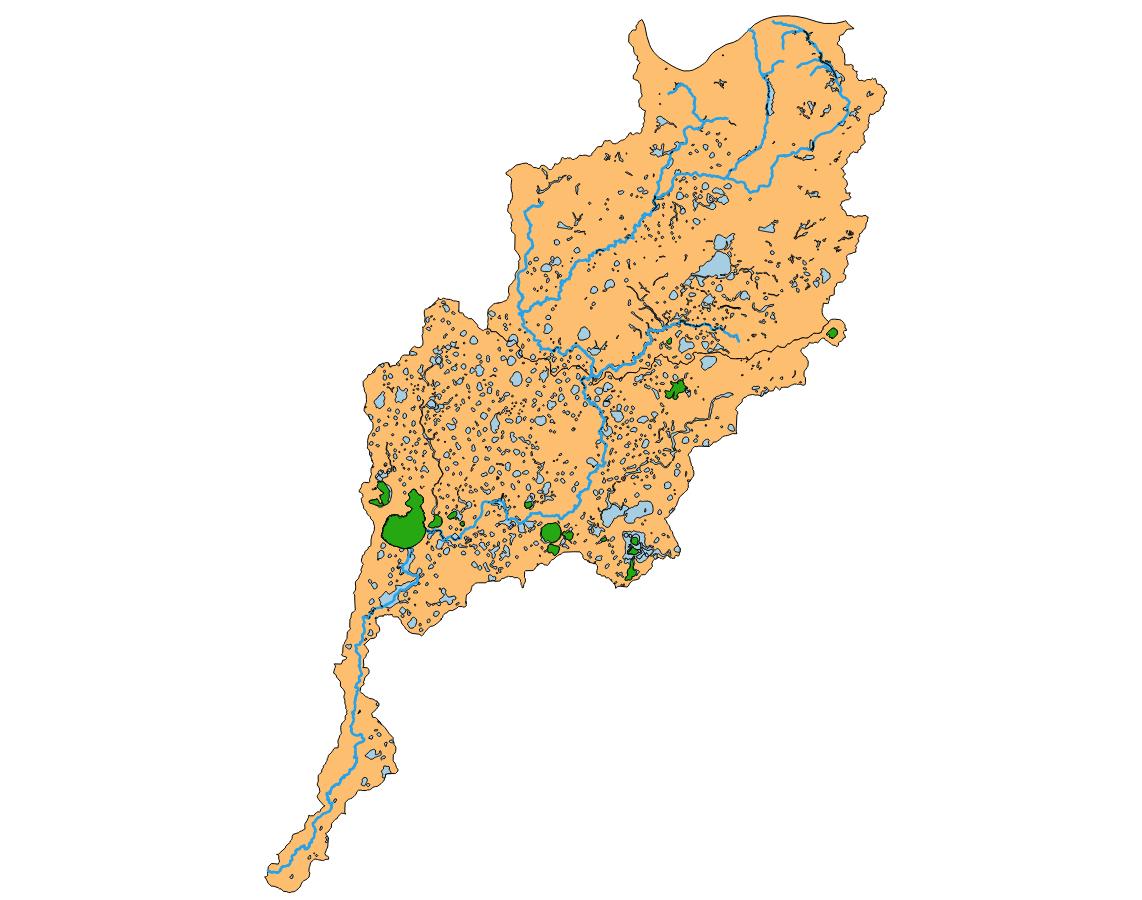 How much runoff has there been?

The Bureau of Meteorology has an interactive tool that can be used to show calculated runoff across Australia. It can be used day, month or year periods within the last ten years on a 5 km grid scale. The BOM calculated runoff values for 2016 are in the range of 10 to 60 mm for different sections of H11 H12 catchments. By comparison, their values are between 2 and 10 mm annual runoff for each of 2014 and 2015. The BOM Landscape Water Balance webpage can be accessed here. 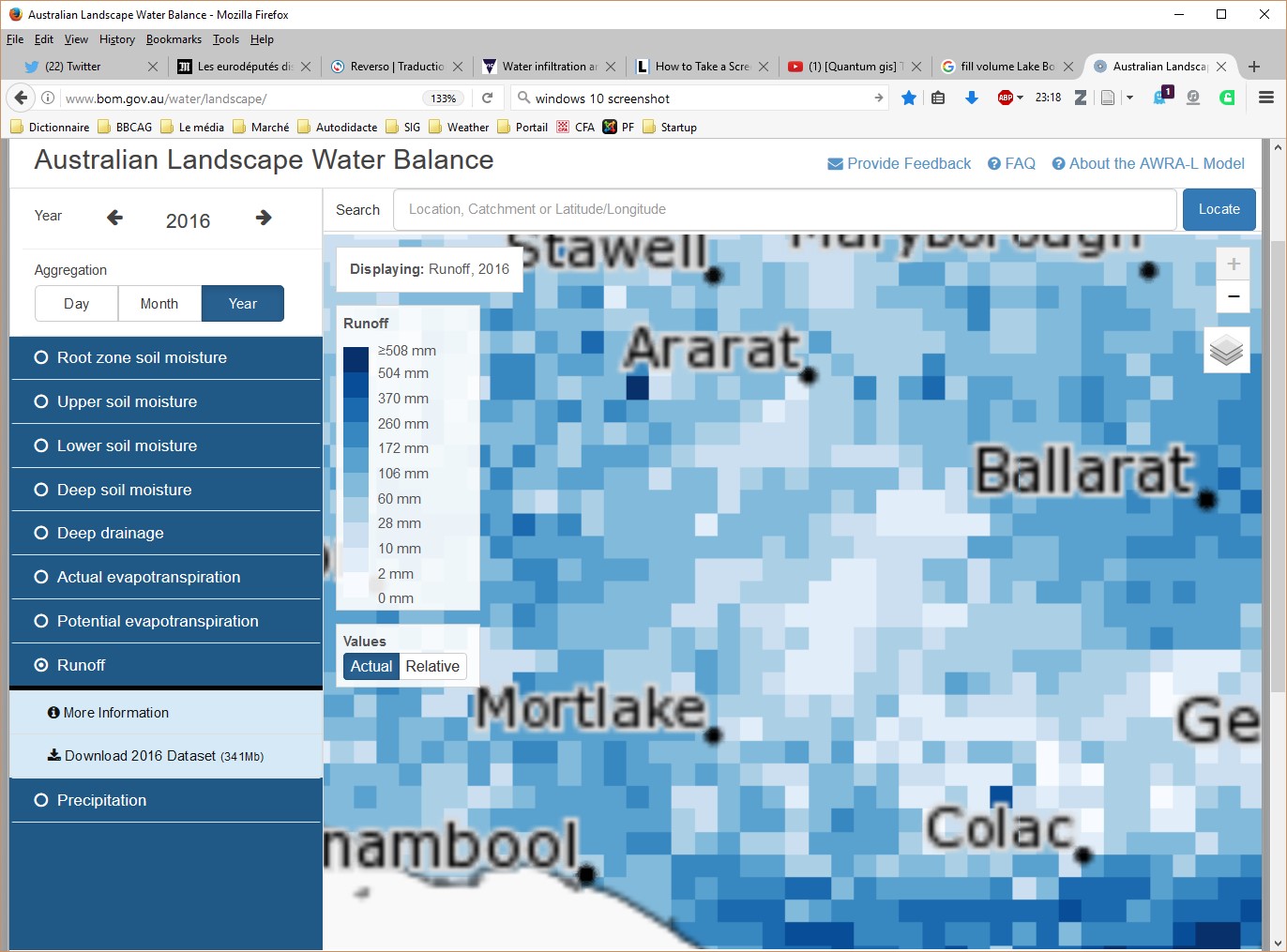